Bogota is an ugly city filled with grey buildings and terrible traffic, but with incredible graffiti that gives it life. I think it’s downplaying the quality of the works to call them graffiti  because they truly are amazing pieces of art. Bogotans have embraced street art in a big way, probably recognizing it’s the best way to cheer up an otherwise architecturally uninspiring city, while also showcasing Colombia’s politics.

I shouldn’t be too harsh, since I’ve only seen a small fraction of this massive city that sprawls across a plateau in Colombia’s western Andes. As well, some of what I’ve seen in the historical centre is quite attractive, with plenty of grand colonial buildings. The two things that stand out are the dynamic street art and the vibrant, hectic city life. It’s a huge, diverse city, with a big middle class and lots of action. It struck me as having moved on from is violent past, though politics is still ever present, especially through the street art. I also only saw the more well-off central parts of the city and did not explore the poorer neighbourhoods to the south.

Bogota street art is usually political. FARC is a communist group that recently struck a peace agreement with the government after decades of conflict.

Last night, I wandered about with two guys I met at the hostel, popping our heads into several bars until we finally found one with a few seats available. It was a tiny little dive, with salsa music blaring and couples dancing in the cramped spaces between the tables. If I have one stereotype about Colombians so far, it’s they all know how to salsa. You hear the music everywhere and today in Plaza Simon Bolivar there was an old man dancing away for hours while random people came up to join him.

Carretera 7 on a Saturday is filled with pedestrians and street performers.

I’ve been in Bogota for three days and could probably spend more time here, but I’m eager to get going on my bike trip. I flew in on Wednesday afternoon and assembled my bike at the airport, right by the entrance. I thought security might question me but no one even so much as spoke to me while I worked away. An hour or so later, I was wheeling my bike out the door in search of the path that would take me downtown from the airport. I was told it would be about a 45 minute ride, but it took almost two hours in the end as I weaved in and out of traffic, got lost a few times, and had to deal with a rack issue (I didn’t tighten one of the bolts enough and it came loose). I made it to my hostel just as it got dark, found some greasy street food, and fell asleep for 12 hours.

While here, I’ve done a bike tour of a small part of the city, a graffiti tour of an even smaller part of the city, and hiked up to Monseratte, the cathedral built on a mountain overlooking Bogota, where I ran into the “rag tag group of international misfits” I had met the day before. Bogota sits at 2,600 metres above sea level and the hike brought us up to 3,300 metres – a good warm-up for my bike ride, I presume. The bike tour and graffiti tour came recommended and both were enjoyable but if you’re going to do just one, do the bike tour since you’ll see more of the city and learn more about Bogota and Colombia’s history. 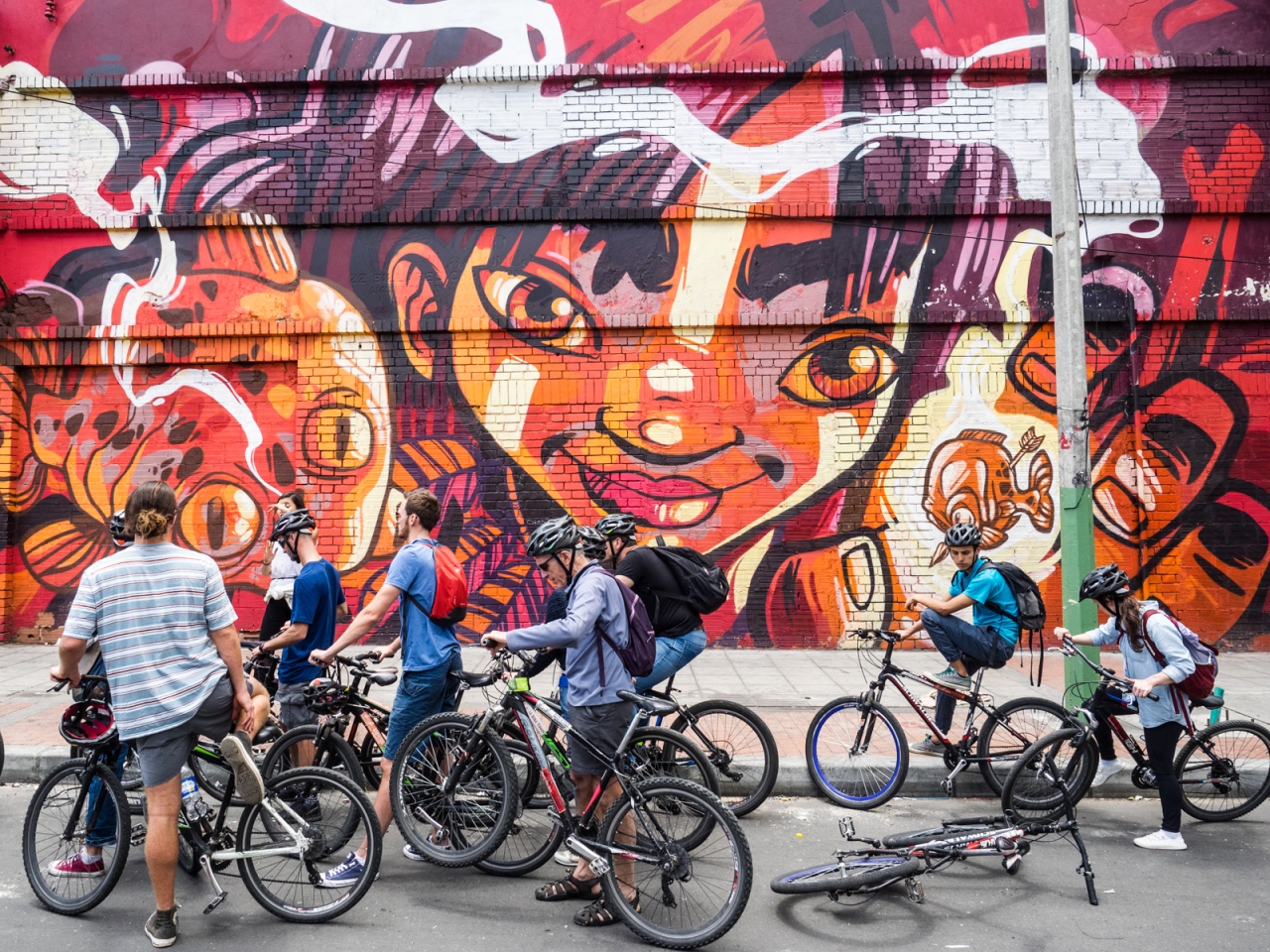 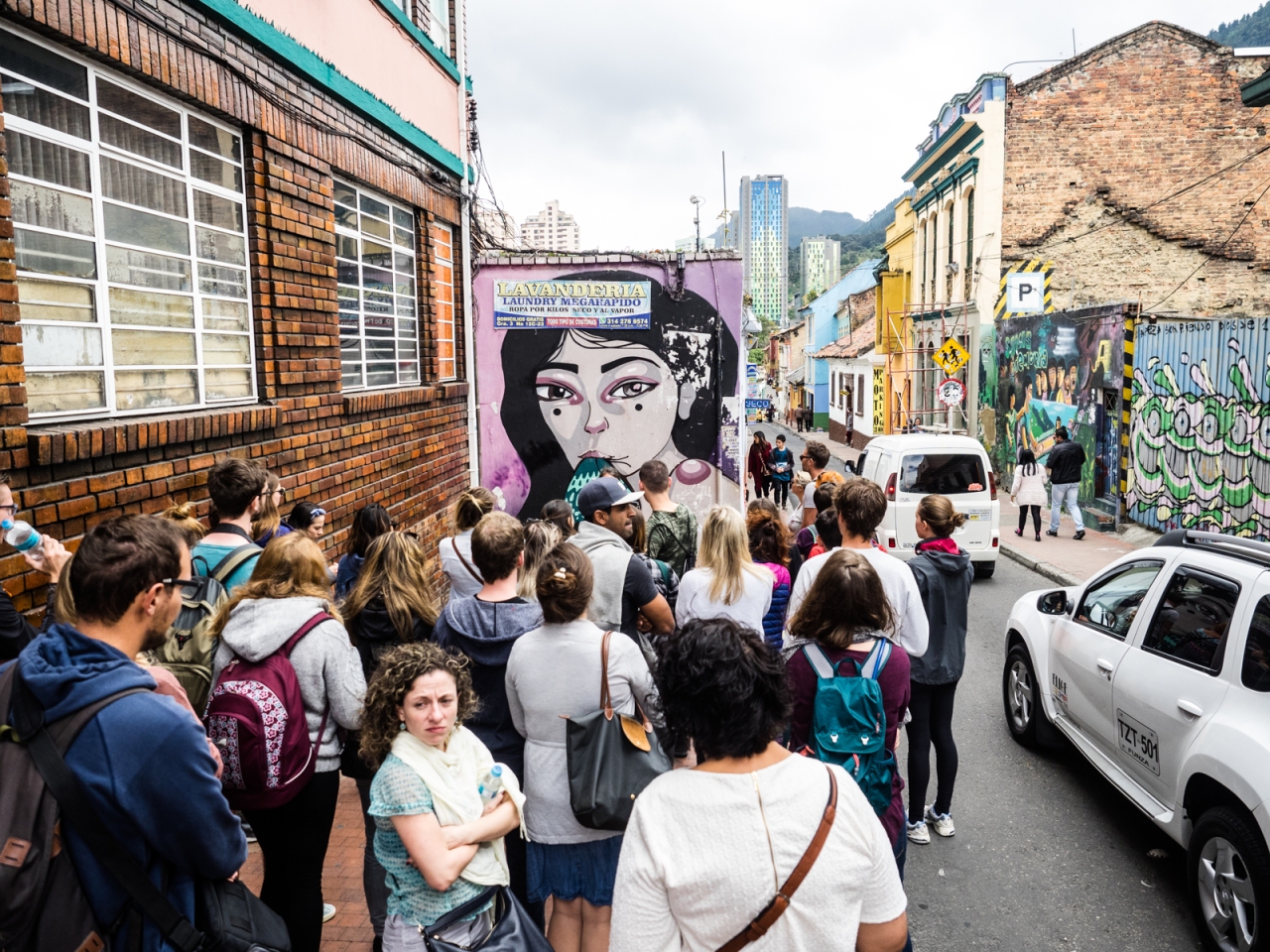 The graffiti tour is very popular.

I also checked out the fantastic Museo del Oro (Museum of Gold) and the wonderful (and free) Botero museum, which features a great collection of his art, as well as art he collected from his talented friends over the years. I’ve slept surprisingly well – better than back home. Must be a lack of stress and deadlines.

Tomorrow I’m going to hit the road. As I said, I could spend more time here, but I’m chomping at the bit to start rolling. I’m both excited and nervous to get going. I have no idea what to expect. I’ve never done a bike tour before, so to do my first one in South America where I’m far from home and barely speak the language is a little daunting. My plan is to head upwards and eastwards out of the city, then follow country roads north to Villa de Leyva 180 kilometres away. I expect it to take me two days to get there, but who knows.

Here’s some more photos from Bogota: 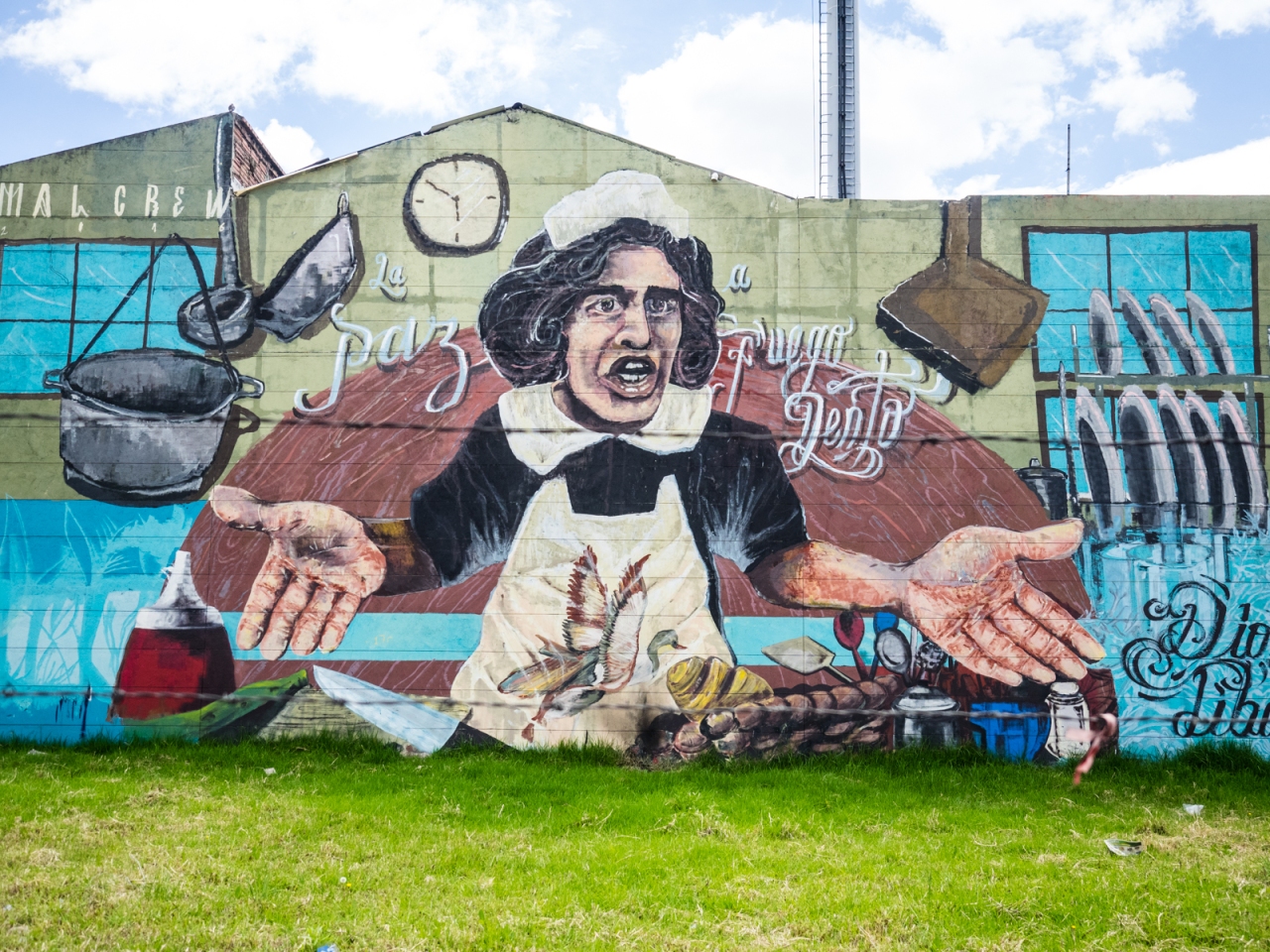 One way to use old tires. 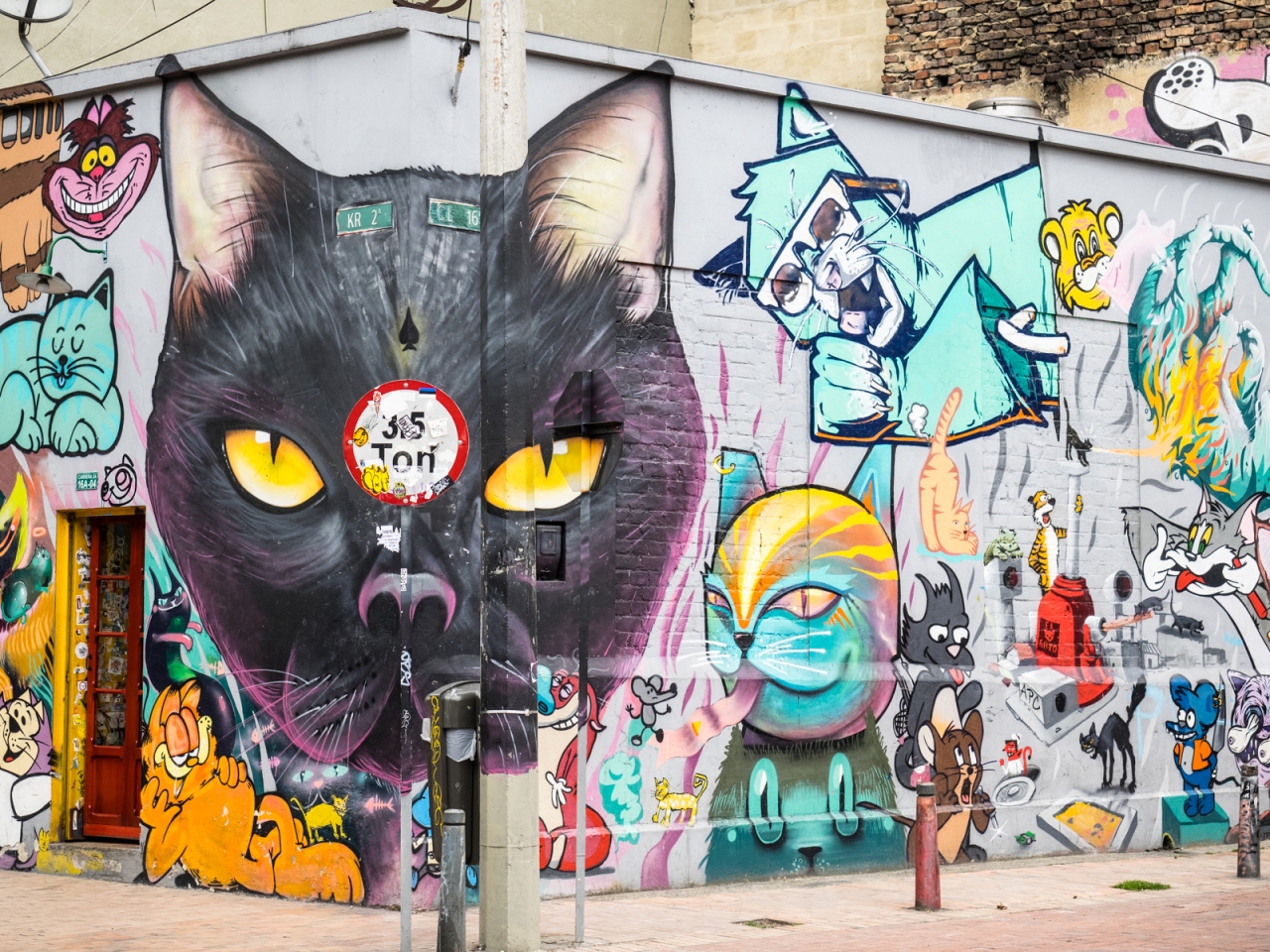 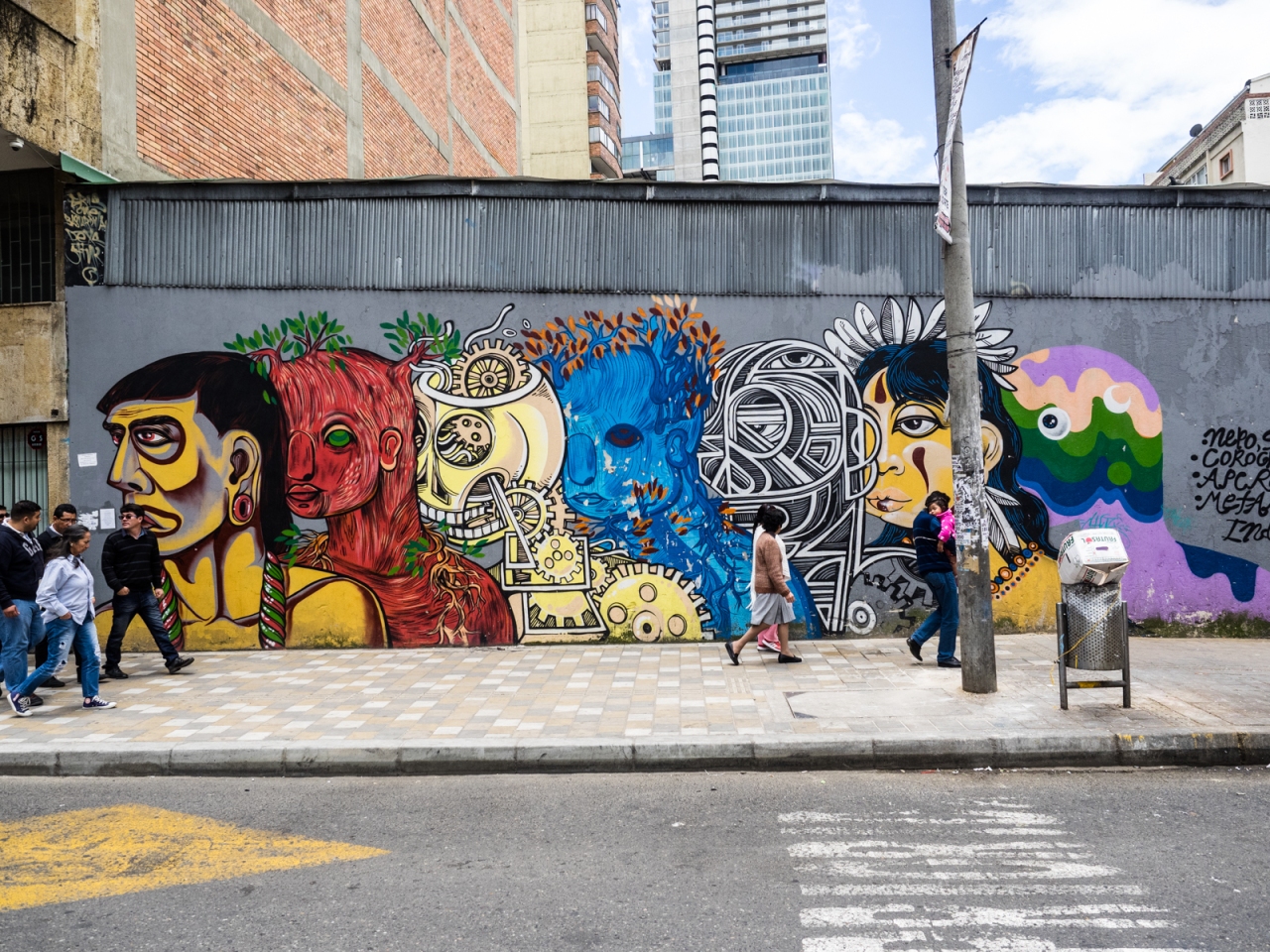 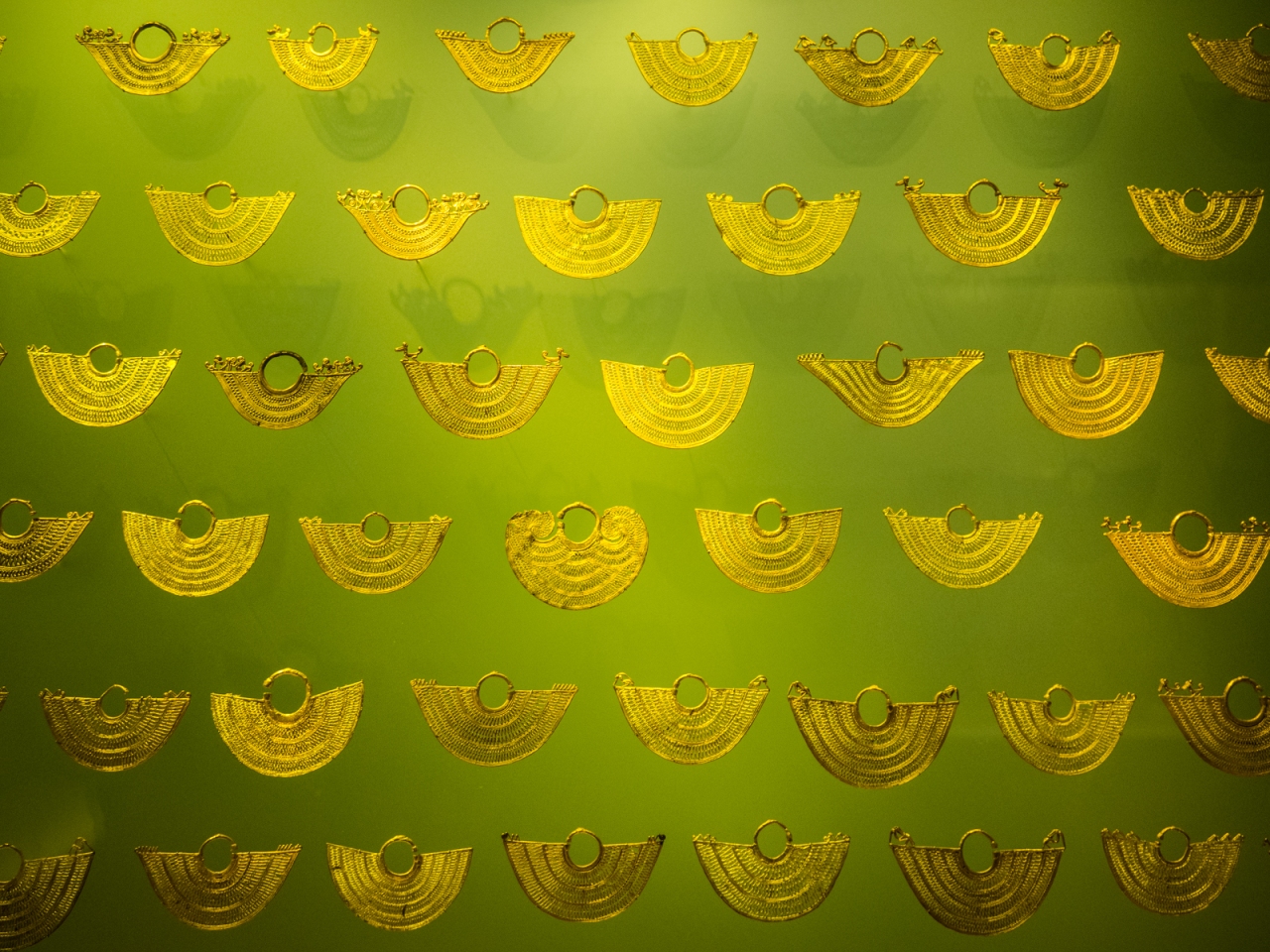 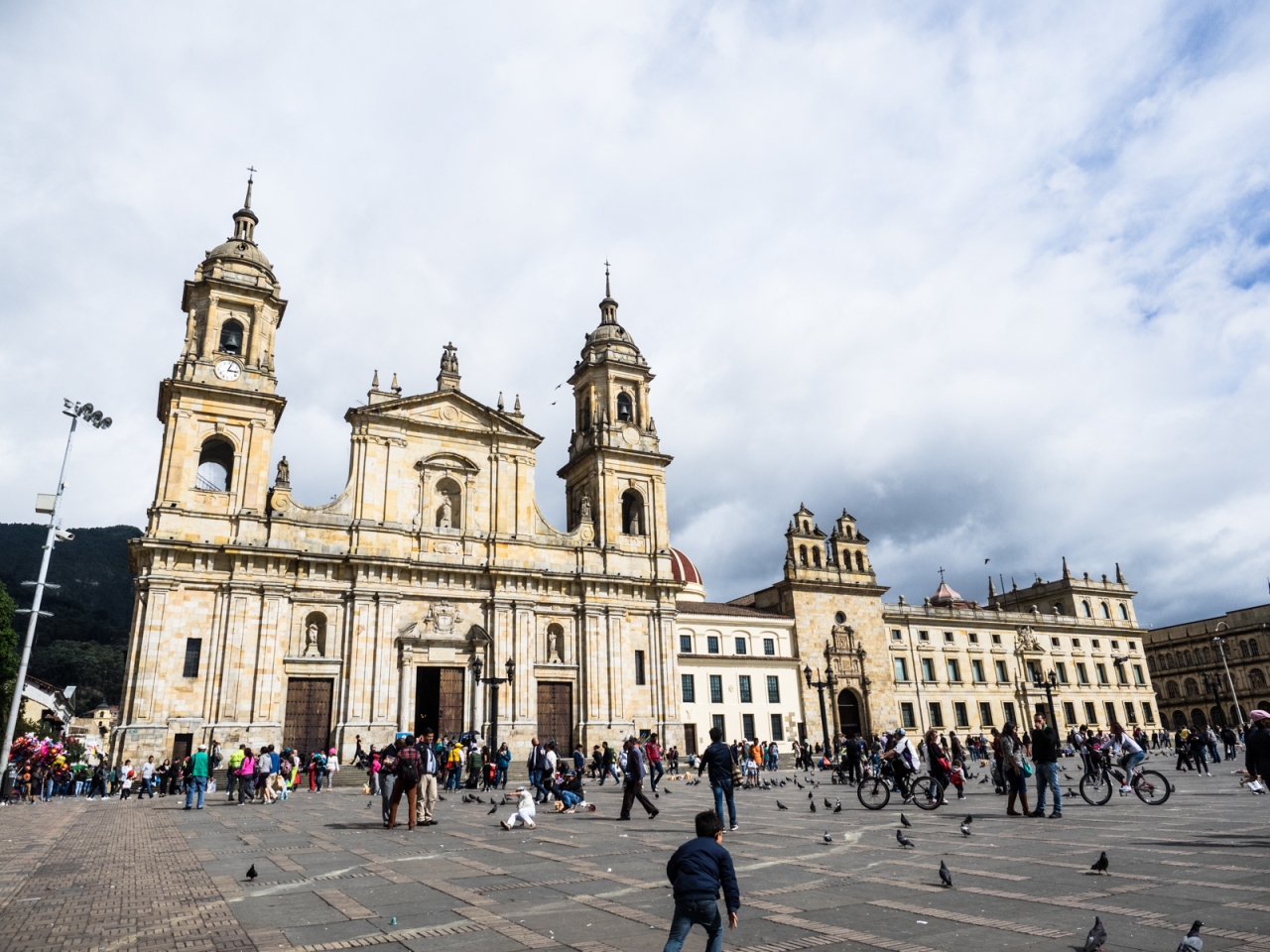